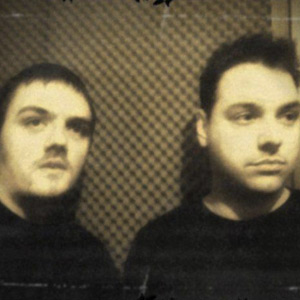 Two already well-established heads, decided to treat you with brand new collaborated techno project called "Rezolut". Miroslav Bako, also known as psychedelic trance project ManMachine and techno trance project Excizen, and Vladislav Radulovic aka Kanc Cover, a man behind psychedelic techno and progressive project Opsy and one of the member of goa trance project Goasia, joined their forces, music experiences, music production knowledge and enthusiasm for people who listen and love it. A lot of listeners had a chance to enjoy many of their releases signed with respected techno and trance labels such as Boshke Beats, Soundmute Recordings, Horns And Hoofs Entertainment, Westone Recordings, Nachtstrom Schallplatten, Digital Diamonds, Pure Perception Records, etc, and also in many of their live and DJ performances practically all over the globe. They adorned the big stages of major festivals such as Universo Paralello, Aurora, Antaris Project, Samsara, Transylvania Calling, Freedom Power Festival, etc, and big club events in Ageha Tokyo, B1 Maximum Moscow, Transilvania Club in Switzerland, etc... With new sound that they will present to world, we are confident that many new stages they will attend and previously visited, will be renewed. First of their releases, with newly formed project, will be presented in shape of EP as a teaser and announcement for upcoming album on Soundmute Recordings, somewhere in this year, 2011. Keep eyes on their internet profiles as it will constantly update. Preview of tracks that they are already preparing, will be on line very soon, with official EP announcement.
Bomb is ready to be activate!!! REZOLUT!