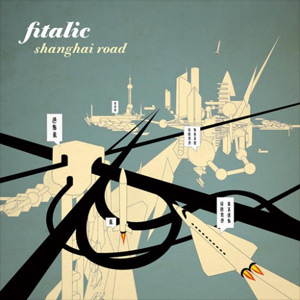 For a long time we've been comming accross with the releases of progressive trance project Fitalic and we never get a chance to get dissapointed even once by their singles or albums. Sophisticated way of telling over sound is something we got used to by this project.

Newly composed album which came out for lately prestigeous label „Tribal Vision“, which is carefully choosing projects which is releasing, brings us new wave of progressive sound folded into the form of disco rythm. More danceable and groovy album made from standard number of tracks, at the moments, takes us back into the past when on the dance floors ruled fat disco snare. Energetic inducement which is given to the rythm of every second kick isnt left out this time either. Although this is a standard and used way of amplifying rythm and making strong grooves, Robin doesnt leave it out this time either, as one of most faithful elements of electronic music. Inducement to all that give irrepalacable shakers which create so called train effect and fill in every crack. Melodicity of tracks is still progressive but in this case more like house leads but still in trance atmosphere. What i like most is the fact that it wasnt tend to use filtration of breaks.

What became today more frequent mean of production. As far as I'm concerned, when that trick is overused in some track or album, i feel like an artist didnt have an idea of what to do with those parts. Its best to leave those parts in some classical break style than to force it at any cost. I get the impression in this album that Robin and i have same opinions about these elements and there goes one more plus in the line of pluses for this release. Every track is the mass of combinations of different styles in which the carrying style of this project leads. I've always been for some mild mixes in electronic music so i feel this mix that way. Someone might say that its hard thing to do and i would agree, but the question is how hard or easy is it to get this. I havent noticed that every attempt ends with a success as it does in this release. The simpicity of rhythm is a main reason here why the attention is not payed to the rest song elements.

Concerning that today minimal rules electronic scene, as a mainstreem, it is frequent that everything is based on the rhythm and the rest of important things go into the background. And in the case of them not payed attention to, those elements truly resemble of each other and not just on the album of one artistm but it happens a lot that more different tracks of different artists can have similar content. The plus that im giving in this case is the variety and not recycling the elements from track to track. If there is a copy of some elements, the artist discretly puts it in the background. During my listening of this album i found out that the artist made some parts that are similar to euro charcteristics and what made me most delighted is the combination of techno rythm and trance basslines. That is, after all, something i like most. I can't left out any moments that were filled by raw 909 hats, at least they sound like that to me, and that is that suits me most in this music. Also the fat basslines such as pads and old school rave melodies :). The rythm is today's but the thematics brings back into happy times.

You can't even stay indifferent with that combination. At least I didn't. To sum up, the complete impressum of the album and the fact that i visually danced on big events over beaches and fields (chicane style track near the end of the album) and till the walls of my room i noticed that its about one little progressive style trip in different shapes. What i would at first want to hear is this release among mass of people which would make me enjoy my favorite track 8, only for myself. 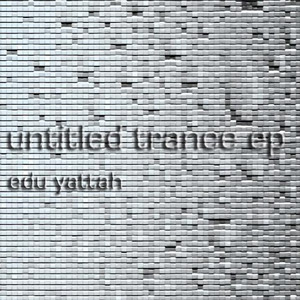 Dance n Dust is for a long time Israeli label that is always offering us in their way imagined world of progressive music that is slowly reaching every style, step by step. After Lots of successful albums, compilations and EPs, this time we have a chance of listening to an EP of one of their artists, Edu Yattaha, which is named in a very interesting and simple way "Untitled Trance EP".

This young Argentinian emphasised with his 1st track and its kick, what is this thing about. Progressive mixture of house thematics and degression but fallowed by trance motives packed into subtle production leaves us an impression of true summer sound and beaches of hits which shouldn't leave us surprised providing the origins of the artist. I cant listen without noticing the lead of latino motives too as in drums and as in melodies. With vocal support, I find it that some tracks should in a commercial world carry the title of potential summer hit. So, in that way i realise the versatileness in expressings of an artist. That's in my humble opinion, one big plus.