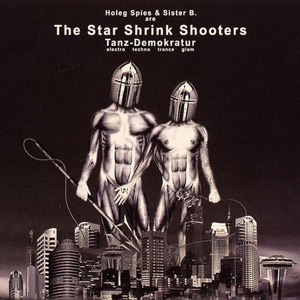 First of all I would like to thank to Mechanical Dragon for this release. Its real rarity today to hear this kind of music. So, for ppl who enjoy in this sound, this will be excellent refreshment!
I listened whole thing few times and i got something to say about it! You?

1. Derive Sonore
And lets start with first song. Break beats from beginning lead me into 80ties and fusion of pop music. Little, but harder than 80ties with touch of electro motives and filtered vocals, like some tracks of Depeche Mode. It really smacked me. Lead with bunch of reverb on it, kicks out my feelings totally. You can hear it on 2:45 with out any channel. Its amazing. And after that, as a real thing combination of male-female in electronic distorsion with appreciably pumping groove, then on from the beginning. I dont like simulation of guitar but this is almost insensible, when we put track in global opinion. Great start.
9/10

2. Time No Time
Ok, here i can easy comprehend that project duo want to put inovation volume on earlier 80ties pop music. My reaction was: "AAAAAAAAAAAAAAAA YEEEEEEEEEEES!!!!" hehehehehehehehe indeed!
Great start. Maybe the groove has to much distorsion, but sometime its not enough. Depends on feelings in that moment. Good drive and vocals also. Sometimes i can't recognize is it German or English language, but when chick says: "TIME DOESN'T EXIST" and i go BAAAM!!! Cool song totally, just from time to time i was in, like: "Groove is to hard" but in the next moment: "No its not, im trippin'!!!" Judge yourself.
8/10

3. The Drill
Do we have some progressive trance pumping on the bassline? Go Go Go!!!! So its really hard one with bunch of sliceing leads. Sharp totally. Situation from break is super! I like the way how melody lifts and break kickin'! I think that track would even have better effect on me, if it was for at least 3-5 bpm slower than it is in original. Bassline has great flowing and also i would try to change kick but this one is ok too, just telling that cause i prefer[/color][color="#00ff00"]more[/color][color="#00ff00"] flowing beats then stamping. But that doesnt change anything. Who understands me and what I'm trying to say, will get my point. I would like to hear it on party
8/10

4. Do the Magnet
Ok, I won't talk about 80's and stuff anymore. Electro clash! Sounds nice totally. I like the beat in second minute of track. Would be nice to have more ideas in track but i got the point of simplicity. Just my objectively opinion. Nice concept and story anyway.
7/10

5. Surface Tension (Osaka Live Ring)
If i dont know what CD is playing in my stereo, I would decidedly be sure that X-Dream plays in it! Totally X-Dream dirty style. I like that dark atmosphere. Woman vocals are totally cool and its too bad that vocals aren't throughout whole track. Excellent track.
9/10

6. Psykotropik Beach Part 1
At the first moment it was like remake of previous track, but while the track goes on i realized that is actually just similar groove. No doubt that this track is good, but not enough to beat the song above. Vocal is ok but would be better with some vocoder filters and stuff. Theme of track is ok. Nothing new but ok.
6/10

7. Overstimulation
Thats the filter on vocal i was talking about in previous track. My ears like it more. Ok, we got something like chill track on album which is very good. I like chill beats on aggressive background. Many ppl call that break beat music, which it is, but in this case its more like chill version of track. Have that floating feeling that I like . Sharps and leads are nice and gently. Very nice track and i think that is at good track number. For relaxing after 6 kickin' hard monsters and preparing yourself for next hard drive.
8/10

8. Resist or Serve
Nice groove at the beginning. Great concept of track. I dont like guitars in electronic music at all!!! I like bunch of Hard Core bands but in electronic music no one should never use guitar. With electronic background guitar looses point totally. Dont like tracks with guitar so i cant do the judge about that kind of track.

9. Lost in Darkness - Harmonium
Sounds like IDM. Mystic atmosphere, 4x4 rhythm and still mystic. Like every moment themecould start... and than like sitar with bunch delay.... wow I'm freezing!!! EXCELLENT! This is what I call real thing! Real club night track! This is for some corner in deep dark underground club and at the same time for some great forest party! Maximum for this track. Thats the way of my dancing. It makes me smile for sure. Beside the first, second, third, fifth & seventh track, this track is going to make me to play this album for a long time in my CD player.
10/10

10. Illusion.Zap
I must say I have noticed that the beginning of this track, accidentally stayed on track 9 or I imagined! However, another IDM style hehe... is this another surprise or it will stay on this distance? I must admit that its realy cool concept of sounds in this track. Its kinda outro. Very nice! Briefly "thats all folks" and it has a great point.
9/10

Total score: 8.5/10 and we all learn in school that every number with decimal .5 is actually next bigger number. So thats means, final score is 9/10 which is excellent

After listening of this very very great album i feel some kind of happiness cause there is someone who can release this kind of music and make all of tech & trance consumers happy. I hope that this CD will get great feedback by costumers of quality music. Sonic Dragon family BIG PLUS FOR YOU!!! 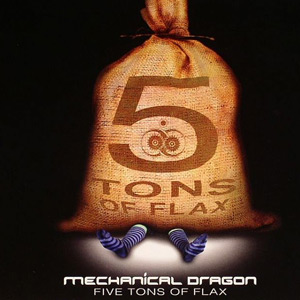 OK! So we have one good concrete release here! WOOOOOOOOOOOOW!!!!! MAXIMUM RESPECT!!!
When i put tracks in my player its start with earthquake!!! Volume on MAX and here go...

1. Tecnotica - Mentalisten
Creepy voices and sound confused, make me trill. Start with Kick and bass with admixture of brutal dark pads. My head going up and down. This is fuckin' perpetu mobile!!!!!! Crash and Burn!!! Actively & mightily! Dance like nobody is watching u...

2. Black Machine - Wrong Way
Am i ever doubt in u my friend? Oscuro and his hard beats!!!! I love that sound more than anything. Hard kick and fat fat fat bass. Atmosphere is on the high level of performance. U have loop in control. Everything is great. Night is on the dance floor!!!
Hard kicking!

3. Epi Centrum - Epi Centrum
I really like the way of using hats here. I like when all those hats and rim shots spin in one loop. Atmosphere is also really good here. Many waters like samples and something like tb 303 machine. It makes me chill to the bones! Aliens speak!

4. Kali Frogz - Agent Orange
Uuuuuuuuuuuuuuuuuuuuu its start with sooth groove! I like ti so so... Great low freq! Also like sounds that reminds me on claps with bunch of delay. Really mystic!!! Distortion on pads is kind of real thing in track. Lovely!!!!!!!!!

5. Metalogic - Transit Flash 2004
Excellent start of sounds and here go with huge fat kick which is remind me on big rubber balloon!!! Bizarre in totally! Something like slow dark music. Not bad at all but im more into sound like it was in first tracks.

6. Le S4b0t3ur - Sabotage
In the beginning of track i was think that nothing will happen but i was such a wrong! Excellent of manipulate on the rhythm line! It use very good filters here and it makes very god breaks on right parts of groove line. Synth is also mighty sound! This is going to be really shake the ground belove ur heels on the dance floor! Rocks! Hard!!!

7. Trimada - Underworld
Uuuuu Trimadaaaaaaaa one of my favorites tech producers. WOOOOOOW!!!!
I like they sound SO fuckin SO!!!! Of course they didnt disappoint me again and they never will for sure. Its mechanical sound on the every way of that meaning. Great. Super great.

8. Gothica - Beats and Breaks
And this is kind of night psy sound. Very good. Very aesthetic. Great beats and pads. Very mighty concept of song. It more psychedelic then the rest of track but its fit in VA!
Part before break with this lead full of distortion is AAAAAAAAAAAAAAAAM GOING TO DIE OF HAPPINESS!!!!!!!!!!!!!! GREAT GREAT GREAT!!!!!!!!

9. The Star Shrink Shooters - L.I.S.
Starts like intense scene in horror movie and go rhythm like disso. But this will going to be a SCARY DISCO DANCER! Extremely great mixing of hats and shots in loop. Did i say that once? I think i am, but sorry im fellow man of spunk on this

So what can i say ppl? This is one of the best compilation that i heard on this year!
I would like to recommend to every woman in the trance world to listening tech vibes cause it so inspire for hormones of happiness.